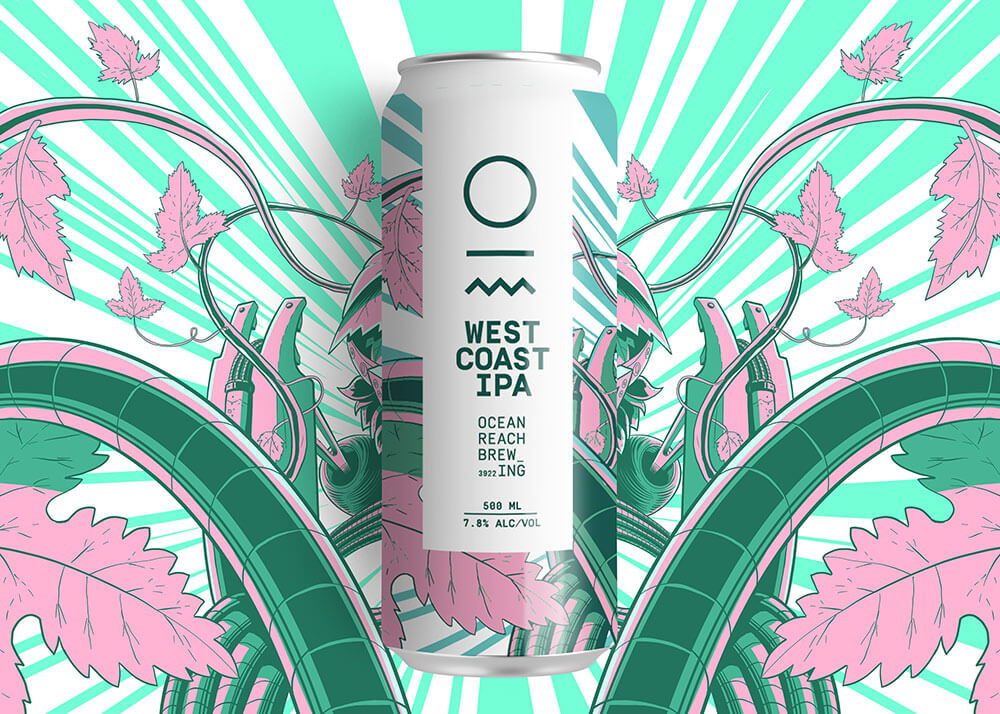 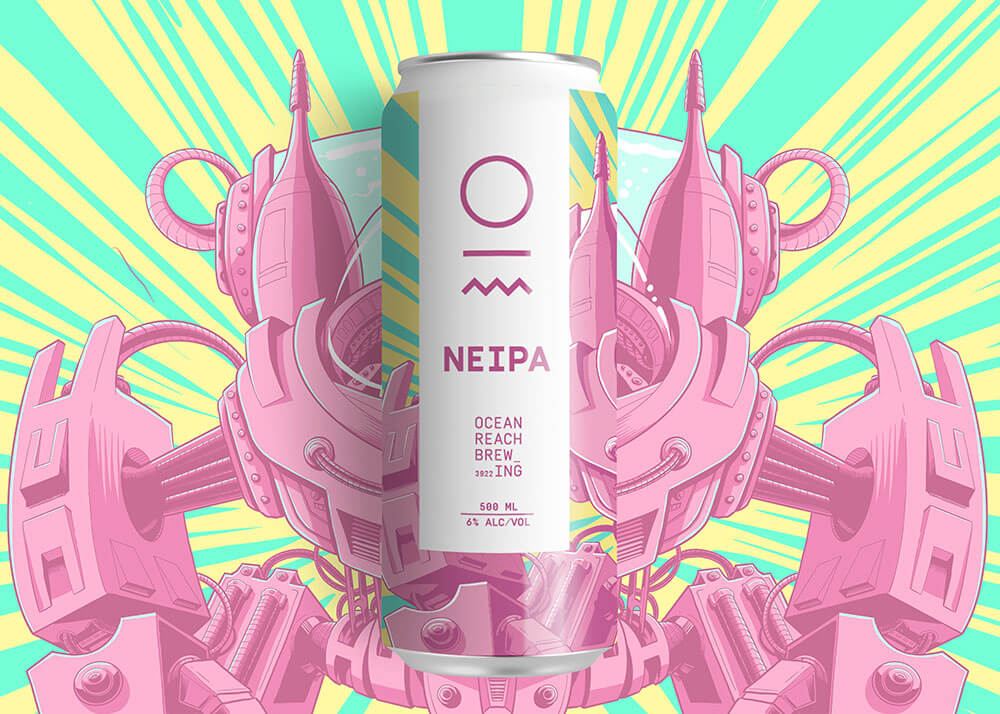 I really believe in the beauty of storytelling and this project is no different. It was not unlike me to mix business with pleasure and I often could be found working out of my favourite bar, Cottonmouth Records in Enmore, Sydney. Harnessing an iPad and a beer, I was working away one day on what can be described as a “surreal, face-melting illustration”.

In comes Simon ( Head brewer, Founder of Ocean Reach ) to hand over some beer samples during his trip to Sydney. With a noticeable hangover, it didn’t stop this friendly brewer from striking up a conversation with me while perched up at the bar. The beauty of a place like this is you can sit at the bar and have a chat with a stranger and make a new friend. Every neighborhood bars dream.

Simon loved what I was throwing together on my drawing pad and shared with me some ambitions of creating an artist series of beers. Both heavily influenced by our Kiwi friends, Garage Project, the idea of having an art-focused design was conceived. Many beers were shared and details left to one day connect again.

As 2020 bared its teeth it left a lot of us taking time to really think about some creative projects. With that, the ideas resurfaced and we organised a simple layout for collaboration between myself and Ocean Reach Brewing. One Brewery. One Artist. Endless Experimentation.

The first of the series features some outwardly IPA experiments and it needed to be met with some wildly experimental art. I was very influenced by pop-surrealism, cyberpunk art, and dystopian vibes. I like to keep it playful, and border on the line between fun and weird. This can be seen with the cheekiness of the penguin character navigating the interstellar explorer, or the oddness of the lab like environment of these superhuman-like experimental hops.

We find the characters have squared off in the start of an epic battle between the IPA's. We suggest a comfortable seat when indulging in these two giants. Paired well with a nice rest afterwards.